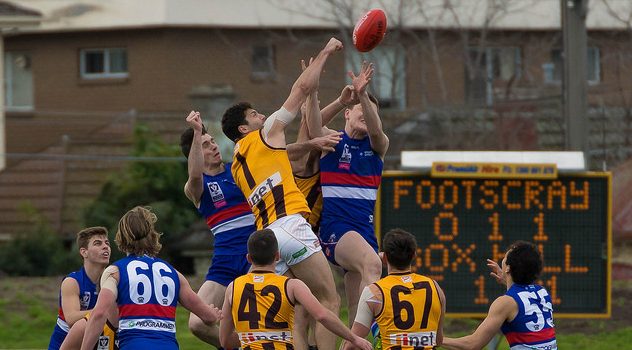 The Box Hill Hawks suffered another devastating loss on the weekend, going down to Footscray by five points.

On a cold and windy day at Victoria University Whitten Oval, the Hawks led at every change before the Bulldogs managed to steal victory in the last few minutes of the final quarter.

The first half saw Box Hill control the tempo of the game, taking the lead at the major break by 10 points. Although Footscray were ahead in clearances and took the ball inside their scoring 50 nine more times, the Hawks used the ball more efficiently and saw the results of this on the scoreboard.

The Hawks kept up this momentum in the third quarter, keeping the Dogs goalless for the entire term. Beginning with three unanswered goals, Box Hill managed to keep the majority of play inside their forward half of the ground.

However, the final term saw the Dogs come out firing. With four quick goals early on, the margin closed to seven points. By the 25th minute mark, Footscray had hit the lead for the first time in the match and Box Hill were unable to find another goal.

Unable to return to the winner’s list, the result sees Box Hill sit in eleventh position on the ladder, two games outside of the top eight.

In his second game back from injury, Alex Woodward was the standout, ending the day with 32 disposals, five tackles, ten clearances and a goal. Sam Switkowski also finished with a game-high 12 tackles.

Jack Fitzpatrick and Ryan Burton both made successful returns to the senior side, with both having an impact on the game. In his Senior debut as the team’s 23rd man, Xavier Dimasi also brought a strong physical presence to the game.

Box Hill’s Ayden Kennedy spoke with boxhillhawks.com.au after the match to reflect on the team’s performance.

“It was pretty similar to last week. We played reasonable footy for a half to three-quarters of the game and it was disappointing to get overrun in the last again.”

“We were always up against it with the wind in the last quarter so we knew we had a fight on our hands and we just let ourselves down.”

“We thought we had learnt a few things last week so we tried not to let the same things happen again but were unsuccessful. We knew we just had to play our game of footy but we weren’t able to make that happen in the last quarter.”

Next week the Hawks return home to City Oval as we take on Werribee for the Beyond Blue Cup. Action kicks off with the development side from 11.00am, with the senior game commencing at 2.00pm. 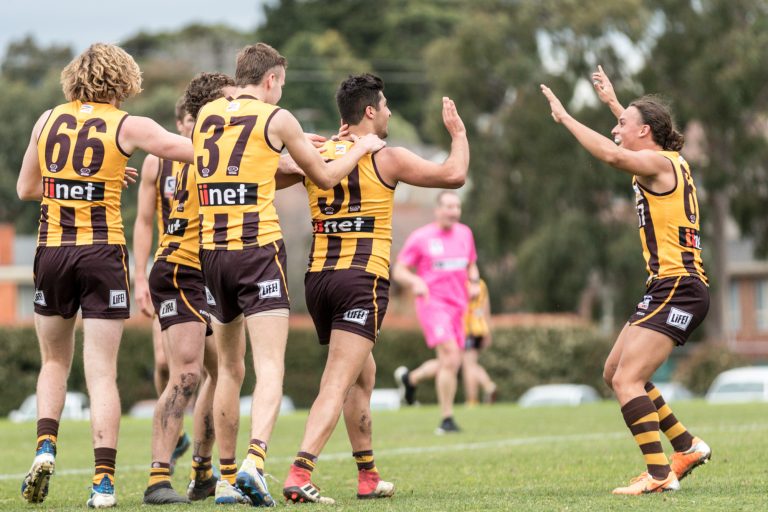 You couldn’t help but feel a sense of Déjà vu. Despite holding a commanding 22-point lead halfway through the third term, Box Hill had surrendered its advantage – trailing the Northern Blues by seven points at the final break. It was hard-pressed for minds not to be cast back to the Hawks run of three…

The Box Hill Hawks Football Club are very excited to announce FIVE of their young guns returning for season 2017. Anthony Brolic, Jack Firns, Stuart Horner, Sam Switkowski and Jordan Walker have all recommitted to the club after their successful 2016 season. The five signings continue the Hawks successful off-season, adding further depth and experience…

BOX HILL HAWKS SEEK DEVELOPMENT ASSISTANT COACH The Box Hill Hawks Football Club compete in the Victorian Football League and are aligned with the Hawthorn Football Club in the AFL. Box Hill are looking for applicants for a position as a “Development Assistant Coach”. The successful applicant will be heavily involved in the development our… 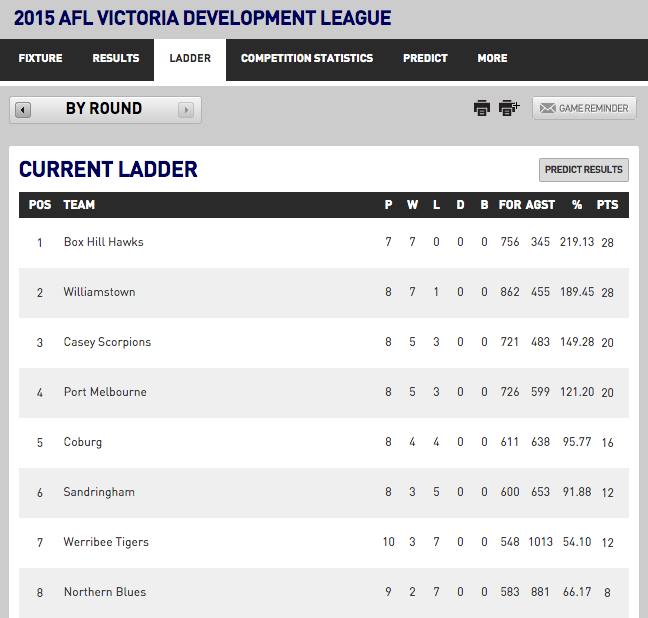 Box Hill remains undefeated in the Development League after a crushing 55-point victory over the previously undefeated Williamstown at Burbank Oval on Sunday. The Hawks showed their intent right from the get-go, kicking the opening five goals of the game to stun the home team. Chris Jones was once again dominant up forward, with the… 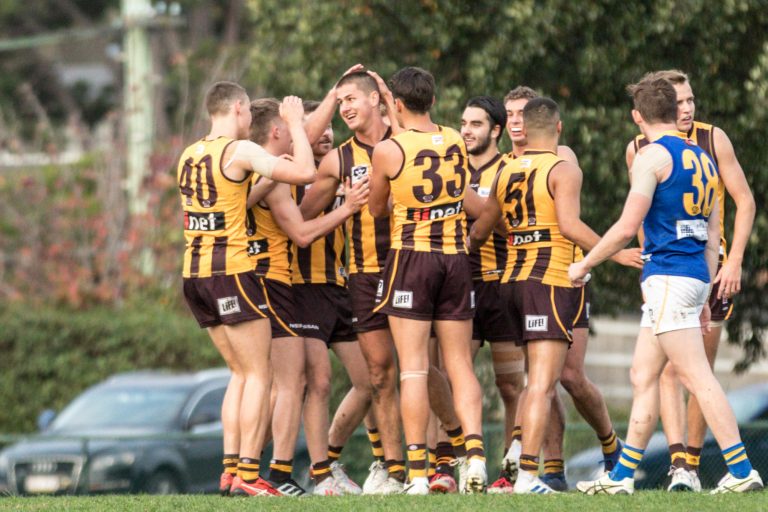