Box Hill have survived a fast-starting Coburg and finished with a flurry themselves to move to three-and-zero ahead of its first bye of the season.

Saturday’s contest marked the annual ANZAC Cup clash between the two sides and prior to the bounce both sets of players, coaches and fans observed a minutes silence to commemorate Wednesday’s celebrations.

When proceedings did get underway it was the Lions who started the brightest. Playing an aggressive, hard running and organised style, the hosts kicked five of the first seven goals of the quarter.

The Hawks’ only majors in this period came via the boot of Ryan Schoenmakers. The tall utility twice marked strongly one-on-one and converted, one a beautiful set shot from forty-five and the other a smart finish around the corner, both kicks keeping his side within touching distance.

Box Hill found their way into the contest on the back of some strong forward pressure, which was rewarded when Vincent Adduci snapped truly for his first of the day following a string of repeat fifties, and it was exactly the platform the Hawks needed to push for more.

Langford was in just about everything inside attacking fifty and saw two efforts miss narrowly and another be smothered, before Lovell found the mark for his first and the Hawks’ third.

But despite the midfield of Lovell, Whitecross and O’Rourke warming up, Coburg were quick to respond, nailing back-to-back goals to restore a 15-point lead and close out the quarter in much the same way they began.

The second started more positively for the Hawks, with Brolic, Schoenmakers, Langford and Whitecross all combining to tee up Adduci for his second. The young forward steadied, took his time and drilled a clever finish.

The chances dried up for both sides thereafter, with each scrambling in defence to deny their opponent. O’Donnell, Miles, Nick Evans and Hams worked well across half-back, whilst the likes of Langford, Kilpatrick and Maloney did the same across half forward.

With the match in somewhat of a holding pattern Willsmore provided a circuit breaker, adding his name to the list of goal kickers when he sailed one right over the goal umpire’s hat from outside fifty.

Moments later Conor Nash snuck out the back door and kicked what’ll likely be the easiest goal of his career, before Schoenmakers again marked well for his third, Nash doubled up and Billy Evans kicked truly.

Evans’ goal represented the sixth unanswered major of the quarter and had seen a 15-point deficit become a 20-point lead.

Evans’ second was followed by two Coburg goals, before Lewis kicked a beauty of his own to restore the visitors’ near four goal advantage into half time.

Coburg were on the board early in the third term, but once the Hawks’ mids found their groove and provided some forward fifty supply, the half backs were able to push up and the forwards went to work.

With Changkuoth Jiath inserted into the game and the twin towers of Mitchell Lewis and Ryan Schoenmakers combining to bring the ball to ground the smalls looked dangerous. Repeat entries and pressure told, culminating in Lovell’s second and Pittonet’s first.

The ruckman would again put in a good shift, finishing with 59-hitouts and five clearances, his strong mark and expert finish fine reward for recent form.

An arm wrestle ensued for the remainder of the quarter, with the Hawks pressing hard but struggling to find an opening.

Jiath showed some of his raw athleticism and ability, floating across a pack to mark contested, before a Langford smother allowed Evans to do the same and kick his third of the day.

26-points to the good at three quarter time, the Hawks were in control but far from safe.

O’Donnell gave the Hawks the perfect start, kicking his first of the day on the run from fifty, but again Coburg found a timely reply to keep themselves in the frame.

The two sides then searched for either the knockout blow or lifeline they needed. With thirteen fourth quarter minutes elapsed it was the former that arrived.

The visiting Hawks would lay on eight unanswered goals in 19 minutes.

Mitch Lewis marked well deep in attack to kick his second, Langford produced a moment of individual skill for his first and Whitecross, playing a leading hand in midfield, chimed in with back-to-back goals to extend the margin past 50-points.

In the post-match Teia Miles was named best afield and Chris Newman and his charges presented with the ANZAC Cup for another year.

As the Box Hill Hawks continue their march through September, a number of listed personnel can boast the same with their community clubs; putting it all on the line in the name of finals football. In the Eastern Football League, Mackenzie Doreian and his Blackburn teammates accounted for Doncaster to the tune of 21 points,… 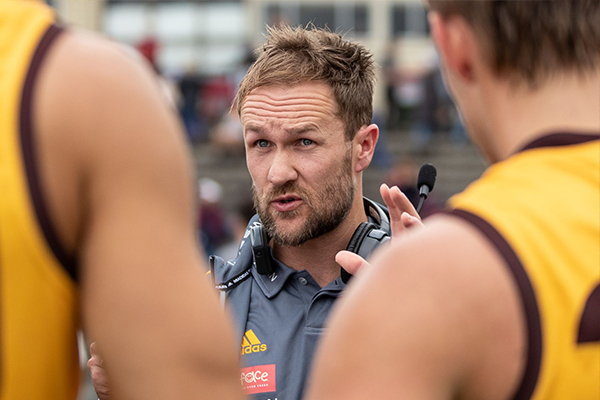 Box Hill is thrilled to announce Clint Proctor has been appointed as the club’s senior coach ahead of the 2022 season. Working as an assistant coach under Sam Mitchell with Box Hill this year, Proctor pounced on the opportunity to take his coaching career to the next level once the position was vacated. With over…

Box Hill Hawks v Footscray VU Whitten Oval – Saturday 18 April, 12:15pm A strong Box Hill Hawks line up has been named to tackle Footscray this Saturday, with a large Hawthorn contingent set to feature in the clash. With Hawthorn still to finalise its team for Sunday’s clash against the Western Bulldogs, an extended… 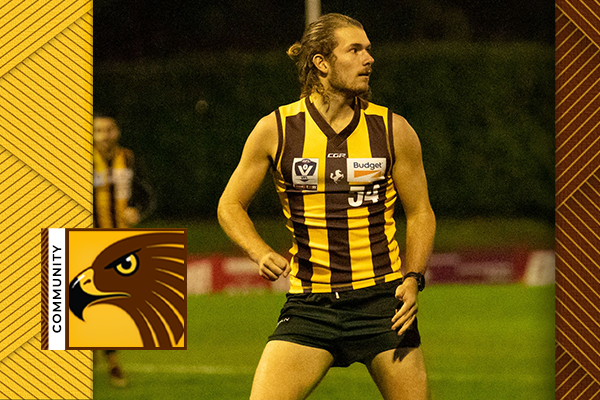 It was a case of big wins, debuts, heart-stoppers, mate vs mate, lots of goals and recognition in this week’s community football, as Box Hill players returned to their local clubs for another round of action. The EFL Premier League saw Mackenzie Doriean’s Blackburn return to the winner’s list with a 60-point victory over North Ringwood. Elsewhere… 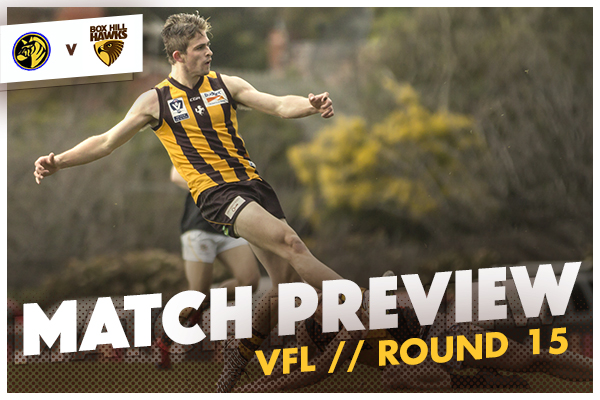 David Carden is the newest addition to the Box Hill Hawks VFL Women’s side after being appointed as an assistant coach for the 2018 VFLW season. The man universally known as ‘DC’ is set to roll up his sleeves as midfield coach of a team that exceeded expectations in their maiden season. Carden joins Box…