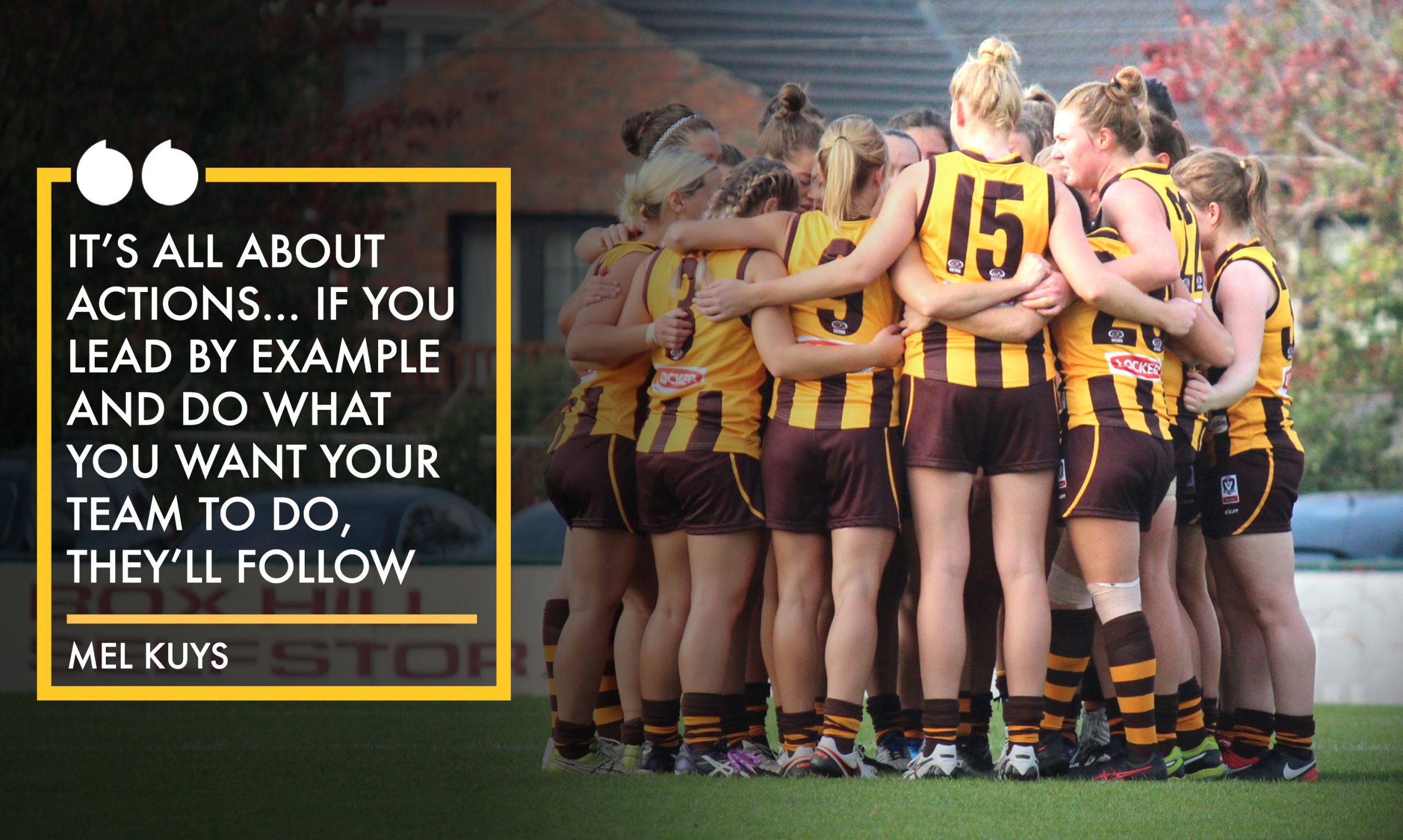 November, 2016. Box Hill has just become the 10th VFL Women’s team after assuming the licence of the relegated Knox Falcons.

Coach Patrick Hill faces an uphill battle before the season starts in May, just seven months off.

He needs to assemble, unite and train a team from scratch.

Assessing the strengths of the players who audition at Box Hill will take time. Teaching his planned strategies will take time. Every bloody thing in building a football team takes time.

Somewhere deep on this to-do list, he has to find a player who will fulfil the position of captain of backs-to-the-wall side that is bound to have the odds stacked against it.

However, it is here that Hill has a stroke of luck.

The all-important decision of just who will lead the inaugural Box Hill side is settled when Mel Kuys knocks on the door with seven of her fellow Knox refugees.

Hill knows 29-year old Kuys because she was the only Falcon to have played AFL after being selected by Collingwood.

There’s a lot to like about her game – dogged, relentless and willing to fight tooth-and-nail to win the hard ball.

Kuys is polite but nonetheless forthright.

She “wanted to make sure my girls felt they were in the right spot”.

Would Hill’s coaching style suit them? Would the facilities? Would they be well treated by the club?

That was her first concern – before herself, she was there to look after her young teammates who were just trying to find a new home at the beginning of their senior football careers. According to the pugnacious midfielder, once you assume the responsibilities of captain, “you almost come last”.

By the time Kuys informed Hill that she and her teammates were onboard for 2017, the coach’s mind had been made up.

Mel Kuys was the sort of player and person around which his team could be built.

As the inaugural captain, Kuys is already guaranteed a place in the club’s history books. However, she isn’t content with that footnote.

Over a tumultuous 12 months, she captained Knox’s maiden VFL Women’s voyage, then watched as her club of 15 years was dumped from the competition before she, finally, fulfilled a lifelong AFL dream.

She’s now ready to lead the newest club in the VFL.

“It’s all about actions, more than words,” Kuys said. “You’re leading by example and you’re doing what you want your team to do, they’ll follow.

“Maybe pre-game when you’re trying to pump up a player, in that way words are important.

“A lot of the girls are new or have come from another sport to here. So having to talk to them a little bit more and putting the right point across as to what they’re doing really well and what they have to improve on.”

While her AFL experience makes her the Hawks’ highest profile player, Kuys’ ferocious competitiveness and keen footy smarts make her an ideal example for her fledgling side to follow.

And, she’s more than willing to talk up Box Hill’s potential in its first season.

“The future,” she said, “is massive. Obviously, the girls have really warmed to Paddy and the coaching crew.

“It’s important to have young blood coming through the ranks. If you look at Darebin, their mid-range is around 28-29 years old and ours is more like 20-22.

“So seeing the skills that our younger generation have, the facilities they have, the coaches that we have onboard and how elite it is… it’s only going to be a very, very bright future.” 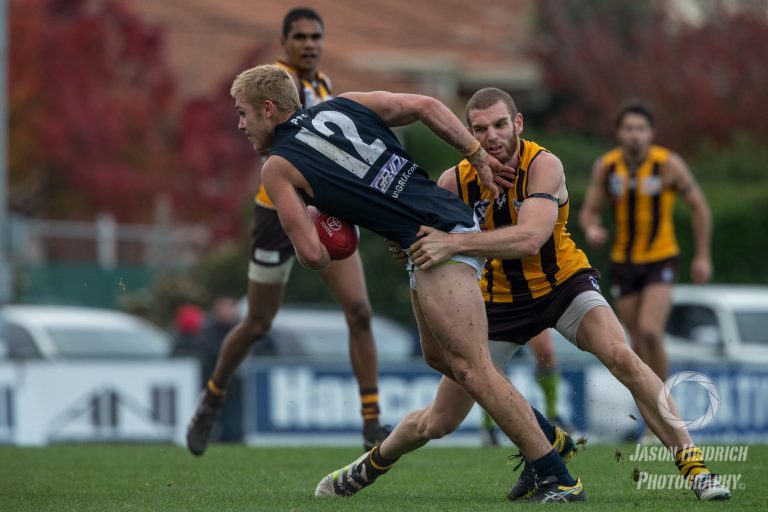 It was a disappointing day for the Box Hill Hawks VFL side yesterday with a 36-point loss to the Northern Blues at Box Hill City Oval. On a day with wet and muddy conditions, the Hawks were unable to overcome the Blues in a hard-fought game. Box Hill started the day well with a four…

Box Hill had its first pre-season hit-out on Saturday and although the day didn’t end with a win, the result was a positive outcome according to midfielder Lachie Walker. The 22-year-old said the 16-point loss to Coburg wasn’t disheartening when you consider the fact the team had experimented with new players, structures and plays.    …

Box Hill could field as many as 19 AFL-listed Hawks on Sunday, with Chris Newman’s provisional squad replete with top talent to tackle the Dolphins. Teia Miles, Tim O’Brien and Ryan Schoenmakers headline the ins, with first-year recruit Dylan Moore also in the mix to return. Box Hill’s Mitch O’Donnell could be a welcome inclusion,…

With a football in his hands since the time he started walking, Captain David Mirra, at the age of 24, will be playing his 100th senior game for the VFL this Saturday. “It’s a proud moment for me and it’s been a long journey with a lot of sacrifice just to play at this level…

Whilst this is only Brolic’s first year with the Box Hill Hawks, his continuous hard work and determination has already seen him make his VFL debut. In the win against the North Ballarat Roosters on Sunday, Brolic used his time as the side’s 23rd Man to show his toughness around a contest and willingness to… 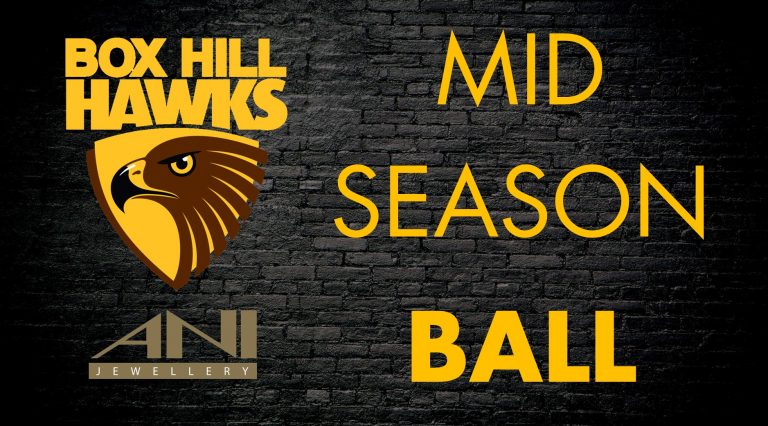 2017 BOX HILL HAWKS ONLINE AUCTION Ever wanted to travel with the Hawks interstate? Be at the winners post on Emirates Stakes day? Or escape the cold Melbourne weather in your own private villa in Bali? Now is your chance! The Box Hill Hawks Online Auction is live! BID HERE!